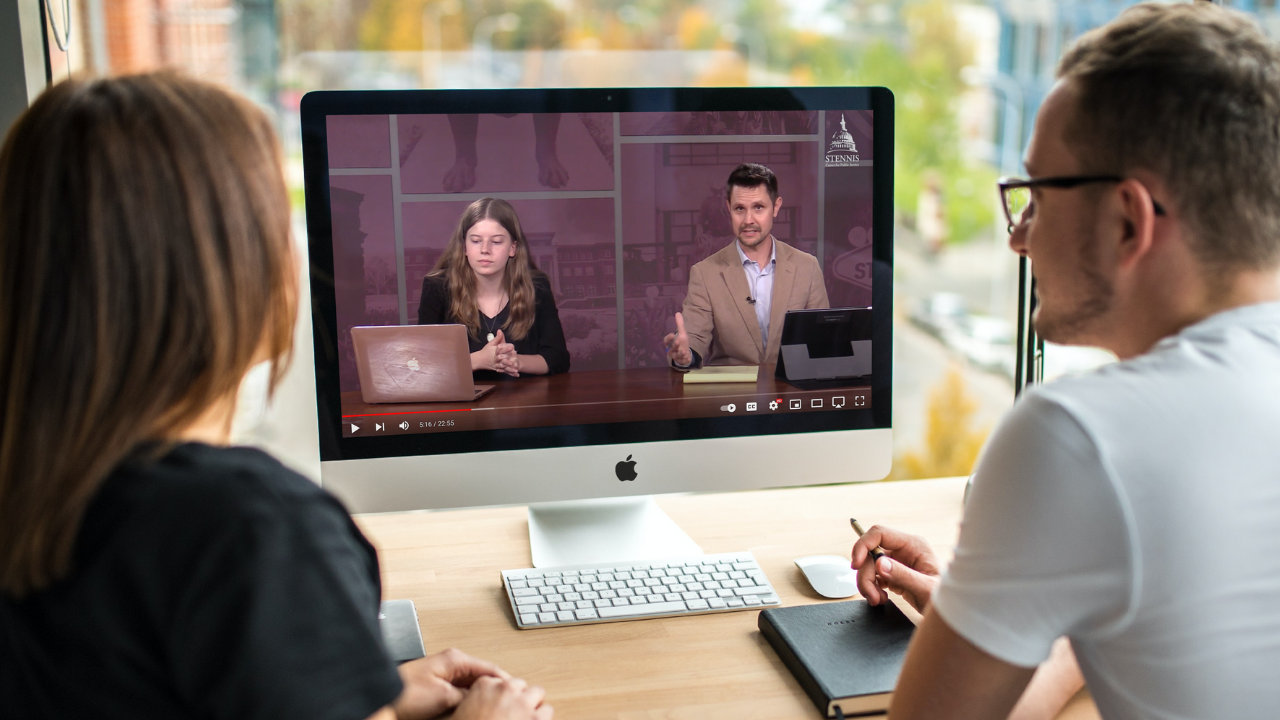 High school extracurricular activities are considered unequivocal and undebatable. Though all such activities offer supplementary utility, one activity uniquely equips students to pursue lives of public service and develop vital personal and professional skills: speech and debate. Speech and debate is an activity wherein high schools students compete in various debate and speech events. As championed by the National Speech and Debate Association, the activity provides young people a forum to collaborate, think critically on political and social issues, and develop analytical and communication skills.

While speech and debate provides innumerable benefits, such benefits do not come easily, and success in competition requires extensive preparation and research. Debaters are expected not only to understand the intricacies of complex political issues deeply; they must also present credible evidence and arguments to support their positions. With proper coaching and team support, debaters can confront these challenges and surpass expectations. However, the debate world can seem impenetrable and overwhelming for those without plethoric resources or an experienced coach.

We created the Congressional Debate Boot Camp Series to make speech and debate more accessible to all. The Congressional Debate Boot Camp Series, a six-part collection of YouTube videos, walks viewers through the basics and the most advanced techniques used in congressional debate. Viewers will learn how a congressional debate round operates and how the most successful competitors formulate persuasive speeches, ask effective questions, and preside as parliamentarians. The series relays the expertise of one of the country’s most decorated speech and debate coaches and a three-time National Champion in debate.

The Stennis Center created the Congressional Debate Boot Camp Series with the conviction that debate is for everyone. We believe that all students should have access to the best available debate instruction regardless of their disposable resources. This set of videos, thus, provides the highest quality coaching for no cost in hopes of preparing the next generation of public servants to thrive in speech and debate activities. Through these videos, both students and coaches will understand how to show up to tournaments and win and take away invaluable skills that will better their personal and professional futures. 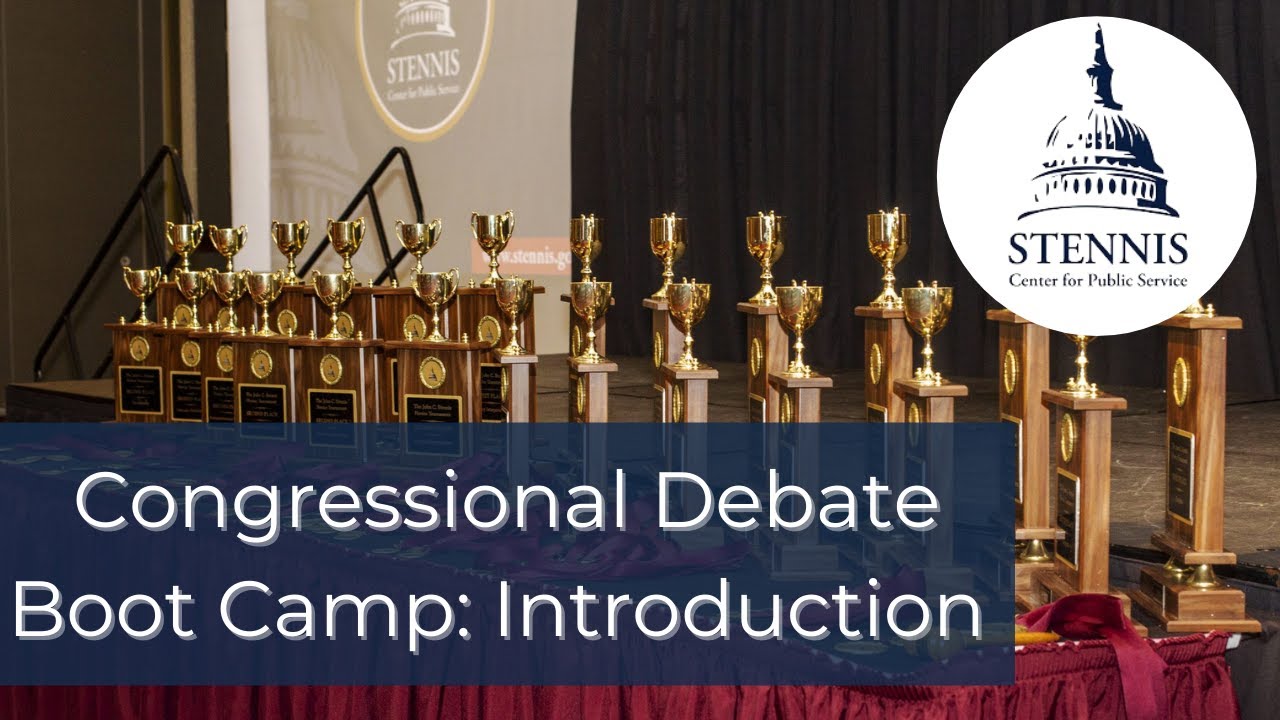 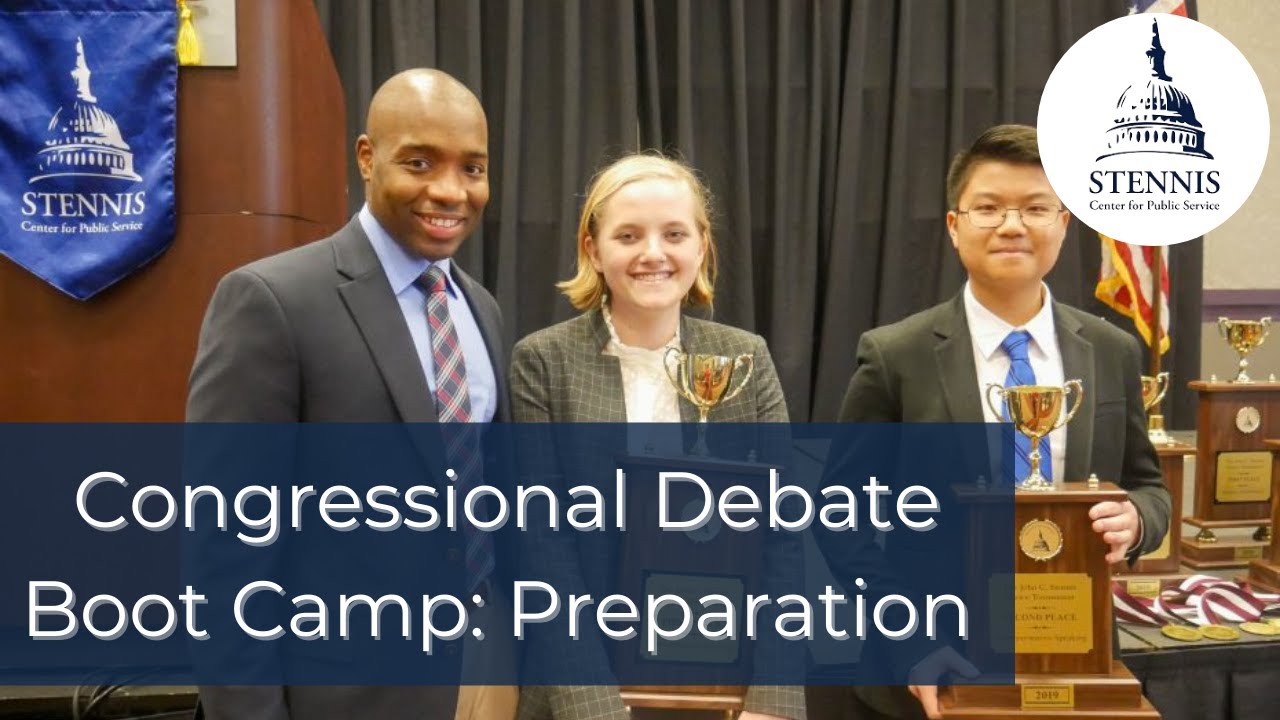 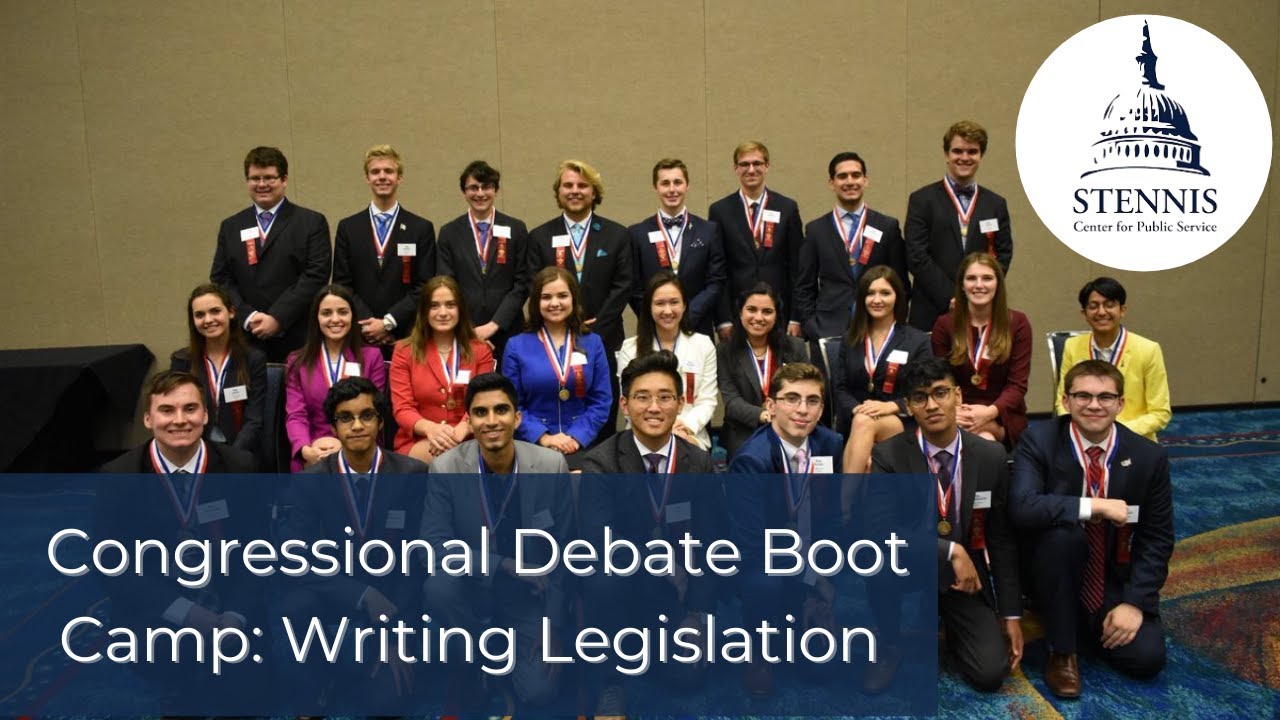 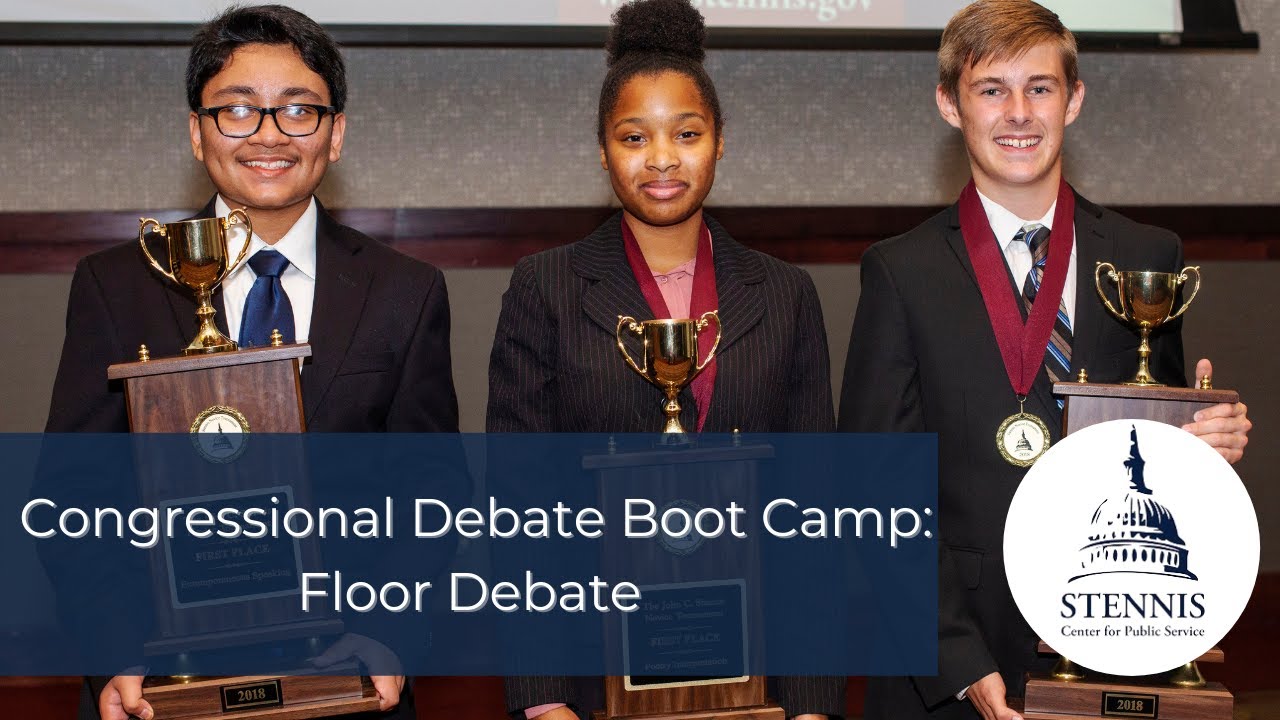 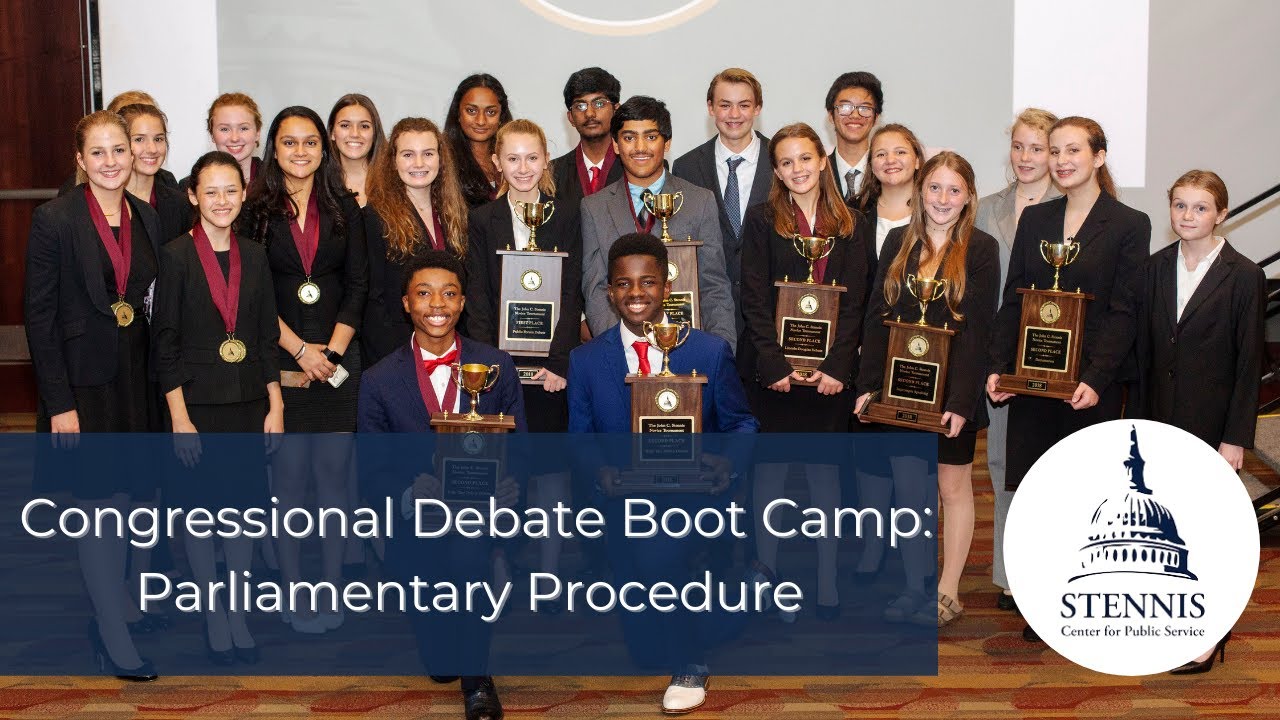 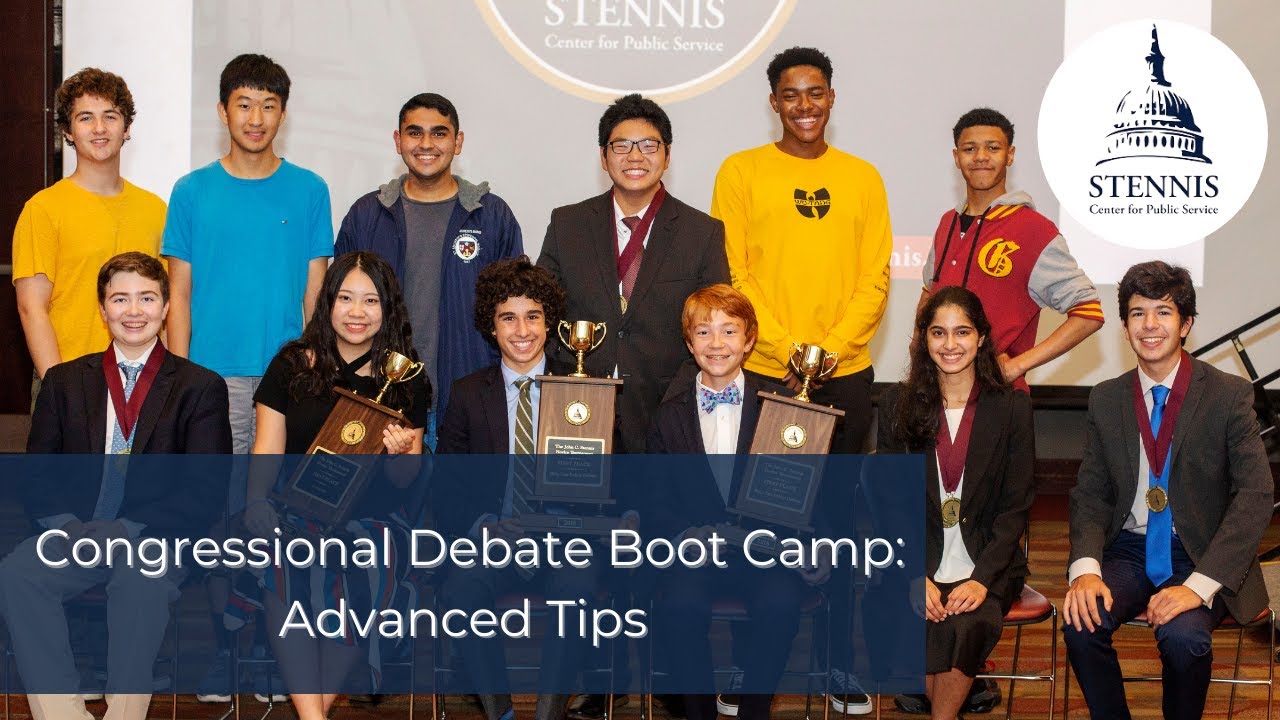