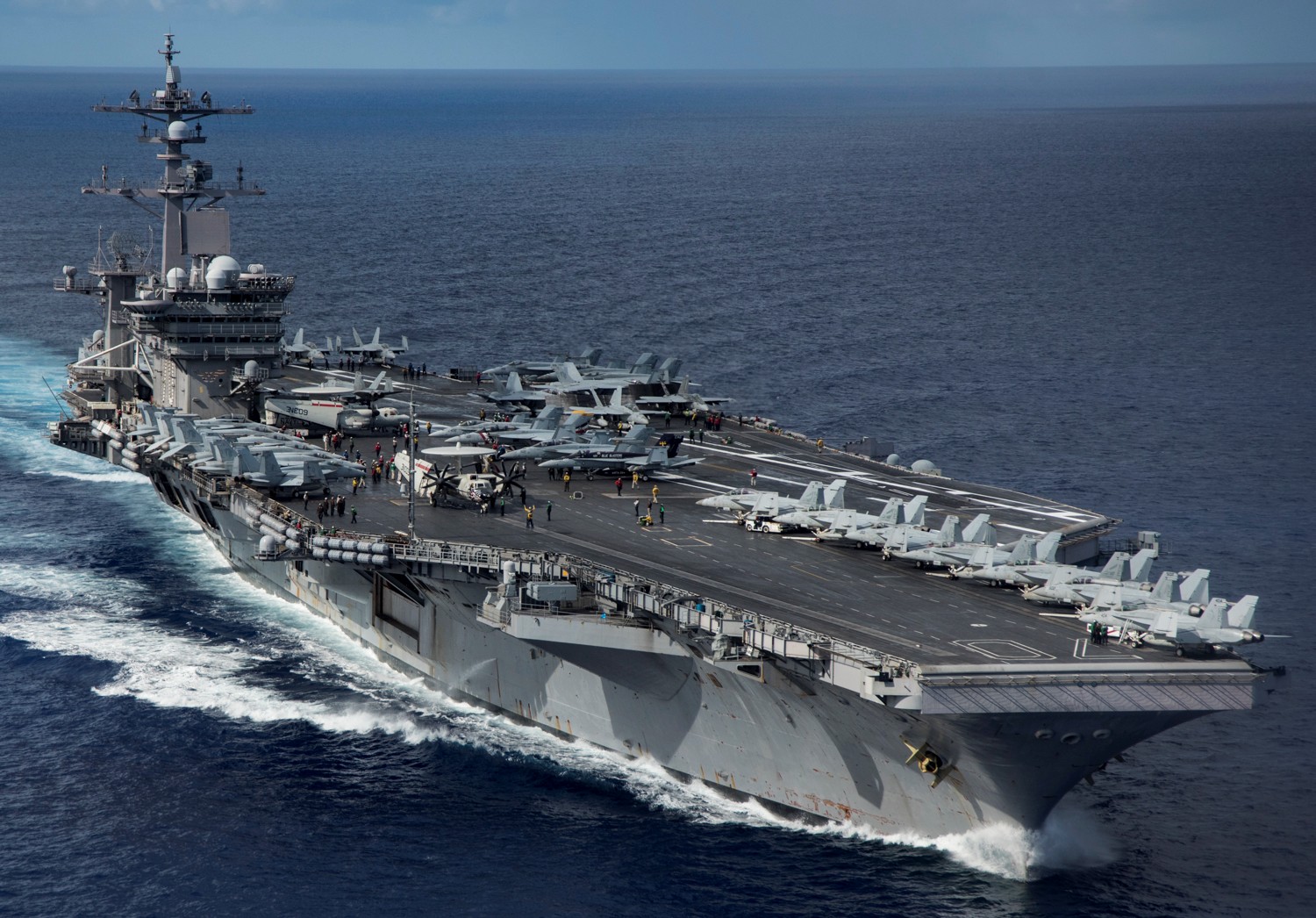 The USS CARL VINSON (CVN-70) is the third of America’s Nimitz-Class aircraft carriers and was the third ship to establish a partnership with the Stennis Center for Public Service to recognize and honor outstanding leaders on the ship. Established in 2004, the leadership awards program on the USS VINSON honors an exceptional officer with “The Admiral” award, named for a nickname earned by the ship’s namesake, U.S. Representative Carl Vinson of Georgia, who served in Congress from 1914-1965. The nickname came from his unwavering support of the Navy and leadership in establishing America’s world leadership on the seas. A second award created to recognize an outstanding leader among the ranks of chief petty officers on the USS VINSON was named the “Swamp Fox” award, based on another nickname earned from his masterful use of parliamentary procedure and canny strategic skills in getting legislation through Congress.

Then-commanding officer Kevin M. Donegan, who years later retired from the Navy as vice admiral after serving as commander of the U.S. 5th Fleet, established the annual USS VINSON leadership awards program. Then-Capt. Donegan had seen the impact of the leadership awards programs the Stennis Center had previously established with the USS STENNIS and the USS ENTERPRISE and wanted sailors on the USS VINSON to have a similar opportunity for recognition.

The USS VINSON, currently based in San Diego, California, has had a long and distinguished history since her commissioning in 1982 in Norfolk, Virginia. The ship has been deployed worldwide to protect American interests, including lead responsibilities in Operation Desert Strike, Operation Iraqi Freedom, Operation Southern Watch, and Operation Enduring Freedom. The USS VINSON was operating in the Northern Arabian Sea on May 2, 2011, when Osama bin Laden’s body was brought on board without announcement in the middle of the night by a helicopter filled with Navy Seals. His body was quickly buried at sea from the USS VINSON deck after the administration of religious rites.

Later that year, the USS VINSON hosted the first collegiate basketball from an aircraft carrier’s deck in San Diego on Veterans Day. The game between Michigan State University and the University of North Carolina was nationally televised and attended by President Barack Obama.

The “Admiral” and “Swamp Fox” awards, in addition to the “Bulldog” award, which recognizes outstanding leadership at the petty officer rank, are presented each year to exceptional leaders who have served as representatives of the USS VINSON and the Navy and are seen as examples to their shipmates. In addition to an annual awards presentation attended by their shipmates and family members, the Stennis Center hosts a program in Washington, D.C., for the award winners and their spouses to recognize their accomplishments and connect them with leaders in Congress and the Pentagon.

The Washington program for USS VINSON leadership award winners provides an opportunity to learn about the U.S. House of Representatives, where their ship’s namesake served over 50 years. Members of the Georgia congressional delegation from the U.S. House and Senate have participated in the program along with other congressional leaders.

While the USS VINSON leadership award winners receive well-deserved recognition for their achievements, those in Congress gain valuable insights from dialogue with Navy leaders who serve America by carrying out Congress’s laws and policies. It is a rare opportunity for those who serve at the ‘tip of the spear’ to interact with those who wield the spear.

USS VINSON Leadership Award winners leave Washington with new insights to share with their shipmates upon return. And through interactions in Washington, they develop a renewed sense of the esteem their fellow citizens hold them. Thus, the USS VINSON leadership awards program advances Stennis Center’s Civil-Military Leadership program’s goals to bring together civilian and military leaders to build understanding and relationships that strengthen our country.