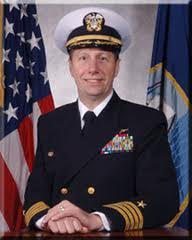 Bradley E. Johanson served as the sixth commanding officer of the USS JOHN C. STENNIS from May 5, 2006, until September 18, 2008. His retirement capped a distinguished career in the United States Navy, spanning more than 30 years. A hallmark of his leadership on the USS JOHN C. STENNIS was his care and concern not only for crew members but for their families as well. Captain Johanson was a strong advocate of continuing education, establishing “Stennis University” onboard the ship and constantly encouraging crew members and their families to “Look Ahead” by gaining an education that would prepare them for future challenges and opportunities.

HOW THE SCHOLARSHIP OPERATES