From Small Beginnings: How the Civil-Military Program Evolved 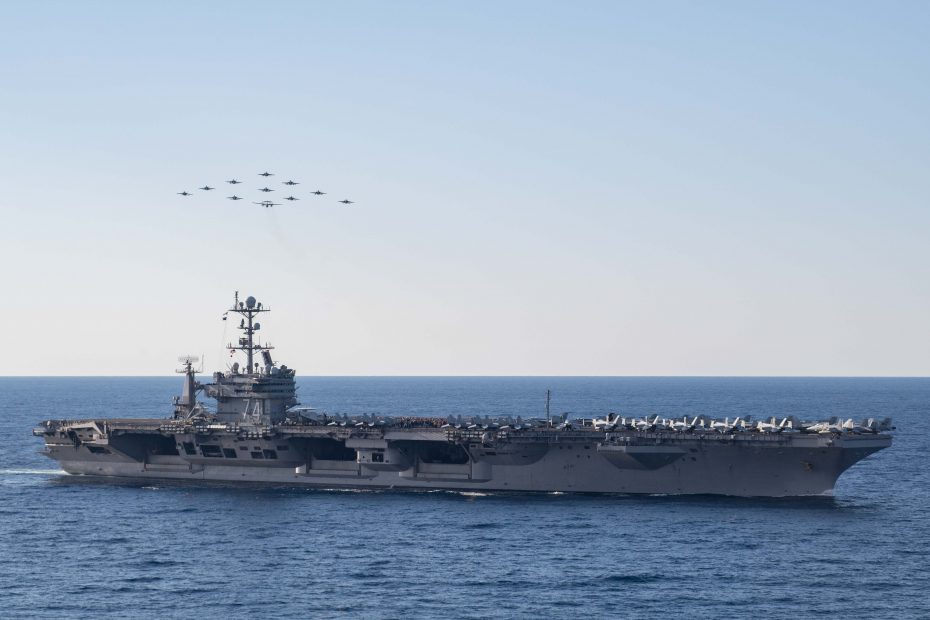 A significant outcome of that relationship was the creation of the Civil-Military Program as a core part of the Stennis Center’s work. The initial spark came through the leadership awards program established jointly between the Stennis Center and the USS STENNIS and formed with two primary purposes. First, the program sought to recognize outstanding leaders from the USS STENNIS. Secondly, it brought the award recipients together with civilian leaders in Washington, D.C.

Bringing together outstanding military leaders from the USS STENNIS and United States Representatives and United States Senators and senior-level staff members in Washington proved to be even more consequential than envisioned. Those in Washington responsible for setting national security policy benefited from the opportunity to meet and get to know men and women who carry out that policy throughout the world in the American military uniform. The leadership award recipients from the USS STENNIS also benefited from meeting and getting to know leaders in Washington and gaining insight into the legislative process.

Inviting spouses/partners to join the leadership award recipients made the interactions between the military and civilian leaders even more meaningful and productive. It underscored for members of Congress and staff leaders the family commitment required by the military and provided the spouses/partners with an experience they were able to bring back to share with their community.

The significant results from these connections helped the Stennis Center see that military life sometimes seems foreign to civilian leaders, and vice-versa. Congress has the Constitutional responsibility to “provide for the common defense” of the nation. Likewise, our military has the responsibility to carry out the national security policy and provisions of Congress. Through the leadership awards program, it became clear that our leadership’s quality and character strengthens when they can develop relationships and understanding between civilian and military leaders.

From the small beginning of the leadership awards program on the USS STENNIS, the program spread to the USS ENTERPRISE, USS VINSON, USS NIMITZ, USS EISENHOWER, USS TRUMAN, USS LINCOLN, USS BUSH, and USS FORD. As commanding officers saw the program’s value, they established a leadership awards program on their respective aircraft carriers that would recognize deserving leaders and provide important connections with leaders in Washington. The program was also strongly embraced on Capitol Hill by members of Congress and senior-level staff members who immediately recognized its value to help bridge what is also known as the civil-military divide.

The leadership awards program on aircraft carriers has remained at the core of a robust Civil-Military Program that brings together civilian and military leaders on Capitol Hill and elsewhere. From small, bipartisan dinner discussions in the Capitol with top military leaders, to working with the U.S. Navy to bring civilian leaders ‘on board’ to learn about military life and culture, the Stennis Center strives to strengthen relationships and understanding between military and civilian leaders for the good of the country.

We are stronger as a nation when our leaders can continually build understanding and learn from each other in ways that lead to better decisions. The Civil-Military Program that grew from that simple, yet profound belief is a testament to how productive and valuable it can be to bring people together from different sectors to build relationships and understanding for the common good.